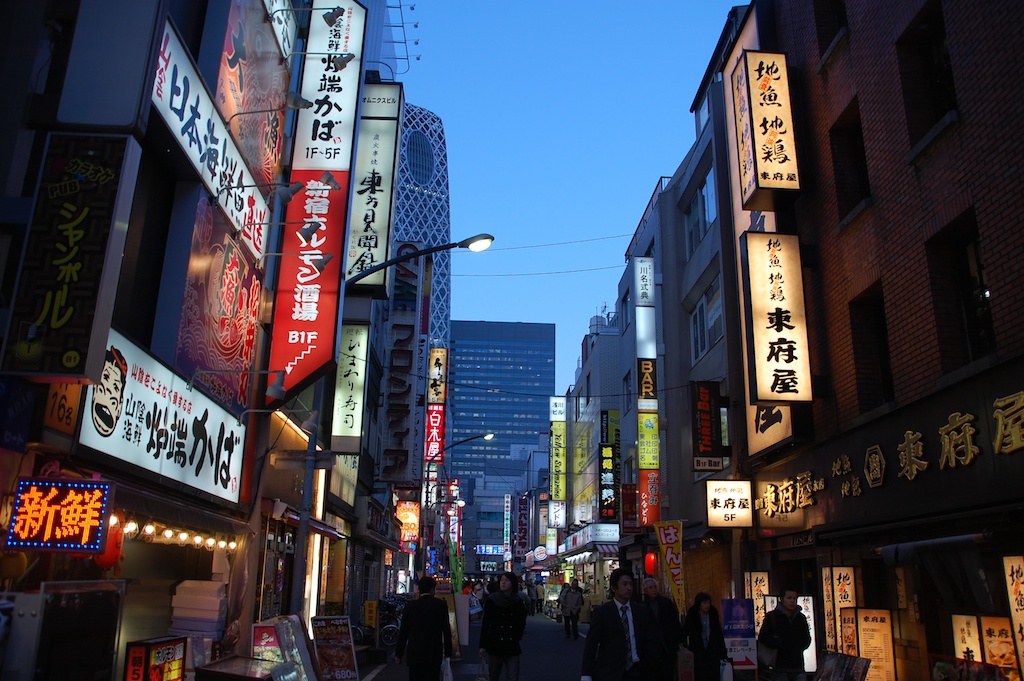 A shift towards non-material lifestyles reinforces economic stagnation and deflation

The following is the third section of the first chapter of my 2012 undergraduate thesis “Embracing Decline.” Table of Contents here.

Twenty years after the burst of Japan’s colossal asset-price bubble, today’s college graduates are children of the post-growth era. One of the most significant cultural changes in post-growth Japan has been the decline in materialism, a remarkable reversal from the era of high economic growth, when aspiring families dreamed of owning the “three sacred treasures” of a television, washing machine, and refrigerator, or the height of the bubble, when Japan’s cities were overflowing with conspicuous consumption of luxury goods and entertainment. In his Times op-ed, Norihiro Kato described the new kind of post-growth Japanese youth:

Three years ago, I saw a television program about a new breed of youngster: the non-consumer. Japanese in their late teens and early 20s, it said, did not have cars. They didn’t drink alcohol. They didn’t spend Christmas Eve with their boyfriends or girlfriends at fancy hotels downtown the way earlier generations did. I have taught many students who fit this mold. They work hard at part-time jobs, spend hours at McDonald’s sipping cheap coffee, eat fast food lunches at Yoshinoya. They save their money for the future.

These are the Japanese who came of age after the bubble, never having known Japan as a flourishing economy. They are accustomed to being frugal. Today’s youths, living in a society older than any in the world, are the first since the late 19th century to feel so uneasy about the future.

The stable postwar society of their parents’ generation has given way to a permanent state of economic uncertainty. In such an environment, it is impossible for many to pursue a traditional lifestyle of finding a stable job, buying a house, and starting a family. Junko Edahiro, the founder of the NGO Japan for Sustainability, describes various adaptation strategies as part of a coming “era of De”:

The first “De” is what I call “De-ownership”—the shift from owning things, to sharing things. Car dealers in Japan are desperately trying to sell cars to young people but young people are quite happy with car-sharing, saying “owning a car is not cool.” The second “De” trend is the “De-materialization” of happiness—instead of seeking happiness by buying and owning material goods, people find happiness in person-to-person relationships, contact with nature, and being in harmony with themselves. The third “De” is “De-monetization” of life—creating happiness in our own lives without being ruled by the monetary economy…this lifestyle evolution is spreading quietly in Japan

While Japanese youth are often profiled abroad as prolific consumers of fashion, merchandise, and luxury goods and services, a growing section of the population today is expressing indifference to many material goods. Beginning in the 1970s, middle-class professional women used to save up to purchase handbags from top European brands, which became a symbol of economic success and social acceptance. According to surveys, the percentage of consumers describing luxury goods as very important declined from 51% to 32% between 2004 and 2008, reflecting a decline in demand that has forced many outlets to close down. Tokyo department stores are now staking future growth on attracting the flocks of Chinese tourists who now journey to Japan to shop for brand items, a fact of particular irony when one considers that replicas of many items could be purchased in China for a fraction of the price.

Men’s magazines from the bubble era were filled with stories about sports cars and opulent lifestyles in the stylish districts of Roppongi and Ginza. Today, many car magazines have gone out of print, and the typical men’s magazine revolves around far less competitive pursuits (Japanese link). Common themes are inexpensive travel by train to natural and historical sites around Tokyo, or urban adventures to find the city’s best coffee joints or bookstores.

Indeed, the collapse of the domestic car market is one of the most visible and oft-discussed manifestations of Japan’s declining consumerism. Car sales fell 14 percent to 4.25 million in 2011, down from a peak of 7.77 million in 1990, at the height of the bubble. This decline was initially seen as a result of tighter budgets and the economic uncertainty created by the recession, but it appears that the long-term trend is the result of a broader cultural shift away from a materialist mindset in which high-value items such as cars are seen as status symbols and a reflection of individual identity. In fact, in a 2007 survey, only 37% of young people indicated that monetary constraints influenced their decision not to buy a car. 74% said they did not feel a necessity in their lives to own a car (Japanese link). In stark contrast to the previous generation, when a luxury car was a crucial aspect of the middle class lifestyle, car-sharing services are now expanding several hundred percent per year.

A 2009 car industry report acknowledged the role of the cultural environment in causing declining sales, in addition to the effect of demographic change. In a survey of young people, cars were the 17th most-desired product or service, a decline of 10 places in comparison to 20 years ago. The report concludes, “there is a strong tendency for young people who grew up in the post-bubble low-growth era to hold a pessimistic view of their future lifestyle.” The report also cites educational reform as contributing to a decline in competitive spirit: “With the implementation of less stringent education, the number of classes have declined, and the introduction of objective evaluation in place of relative rankings has reduced the opportunities to experience competition with others.”

Young urbanites now frequently regard cars as an exorbitant waste of money. One 21 year-old university student said on the matter (Japanese link), “there is a car aficionado in my class, who worked part-time jobs to save up $12,000 and bought a car, and he’s treated as a strange person. At parties it is not uncommon for a girl to ask what type of cellphone I have, but I’ve never heard someone ask about cars.”

Deconsumerism is a phenomenon being observed in many forms in every rich society today. It is driven in part by the rise of digital communications technology and the internet, which make it easier to live a satisfying life without copious material possessions and has enabled up-and-coming companies such as Zipcar and AirBnB and ad-hoc services such as couchsurfing to create services that make it easy for users to participate in the sharing economy. Today freedom is found through access to networks and services, rather than through individual autonomy achieved through capital accumulation and ownership. These principles are now informing alternative lifestyles emerging in Japan.